Insurance Institute of Botswana Past Events 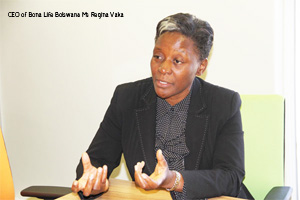 The Insurance Institute of Botswana (IIB) last week Thursday held a fruitful seminar whose purpose was to pave way for the design of training methods aimed at producing highly skilled insurance professionals.

During the interactive seminar presentations were made on long term and short term insurance with questions been continually posed by attendants, mainly insurance professionals, who had graced the seminar-cum-launch.

A Senior Underwriter of Munich Reinsurance Company of Africa Limited, Mr Carsten Topsch, warned of the cyber risks and the role of insurance companies all over the world; of how the internet has made insurance business both difficult and easy for the sector.

All these attacks led to an exponential growth of cyber insurance. There is a major need for insurance of major technological infrastructure and data breaching from commercial businesses. In all cases three areas of insurance that need to be looked at are pricing, risk assessment and claims handling.

As the interesting seminar went on, Philip Von Der Leyen, Underwriting Manager Casualty Munich (RE) in Africa went on to explain how insurance was surviving in a competitive motor industry. He mentioned that some of the challenges they faced was the ban of aged vehicles by the government of Botswana, which is a problem more especially in a country where income per capita remains low. Tax is higher on motor insurance premiums.

Motor vehicle insurers fear that in the near future they might even fail to survive in this competitive industry. There would be more vehicles but fewer accidents; personal injury might cost more, new innovative insurers and therefore the need for a strong reinsurer which comes at boundless cost might arise.

In conclusion, CEO of Bona Life Botswana Ms Regina Vaka, making a presentation alongside topic chairperson Ms Edna Dambe, observed that statics indicated that most people retire prior to the required age of 60, some even below the age of 50, which meant that they used up their pensions early and were left poor as their lives continued without the initially agreed years of monthly payouts.

Vaka and Dambe were up to the task when they fielded questions on the annuity risk management. They explained that it was a tool used to manage the risk of reduced income at a later stage in life. Under this investment regular payments are made on a monthly, quarterly and yearly basis during retirement. The amount of payments depends on the sum invested, the length of payment and the type of annuity which had been chosen when the investment began.

On the 26th of April, patrons from far and wide within the insurance sector were treated to a day of learning and festivities in at the Insurance Institute of Botswana's forum for the newly revamped Worker's Compensation Act.

Hosted at the prestigious TraveLodgee's Conference Centre, the event was graced by industry giants, who came out in full force. Welcoming the guests was the deputy president of the IIB, Ms. Elaina Gonsalves.

IIB's very own Helen Kizito was up next. She gave the overview of the Act, briefly talking about it's precursors from as far back as the Industrial Era. She talked about the liabilities that befall an employer, as well as the responsibilities that apply to the employee in the case of an injury on the job.

After a light tea, Mr. Moagi Moloi from Minchin & Kelly offered up the legal aspects of the compensation. He engaged the audience in a Q&A session, giving out scenarios where an employee was injured and enquiring whether or not and why the employer was liable for compensating them.

Offering up his medical expertise was Dr. Ntwaagae, representing Meriting Medical Centre. Though pressed for time, he was able to lay out how the medical professionals scale out the how compensation should be handed out, in accordance with the degree of injury.

Mr. Tshiamo Moreri, a claims manager from Bryte Insurance Company was next to offer his two cents, citing how claims pertaining to compensations of work-related injuries. He passed on the torch to Mr. Shadrack Josay, who came from the Water Utilities Corporation as their Principal Occupational Health & Safety Officer. He was up to talk about, more than anytjing, the prevention of work related injuries totally. He gave a very educational speech on occupational health and safety, urging companies to abide by the code of ethics.

Last on the speaking agenda was Bongani Milton of Milton Forensics, there to talking about fraud. He cited that as much as the Workers Compensation Act was set up to help those injured on the job, there will always be those who seek to exploit it. He urged against this, giving an overview of the stringnet measures in place to curb this, all of which he is privvy to as a forensic investigator.

Wrappping up the proceedings of the day was IIB's Education Sub-Commitee head, Mr. Alfred Tembo with a vote of thanks. He the went on to, along with Martin Wright, another commitee member, award apprecaition certificates to the attendants. A light cocktail followed, which allowed for networking.

The Forum in Pictures

After a little over a year in existense, the Insurance Institute of Botswana had the honour of hosting its first ever annual conference on the 19th and 20th of October.

Having played host to the Institute's Worker's Compensation Forum earlier on in the year, the prestigious TraveLodge Hotel was gracious enough to have us again for our conference. Held under the theme "GROWTH, INCLUSION, SUSTAINABILITY", the conference welcomed a throng of delegates. Some of the attendants travelling from as far as Mauritius and the United Kingdom to either speak or to get a feel of the local insurance industry as presented by representatives on behalf of the Institute.

The day was started off by the CEO of NBFIRA (Non-Bank Financial Institutions Regulatory Authority) with the opening address, officially kicking off the conference. The speakers that would follow on in the day included;

On the first night, a gala awards dinner was held at the Gaborone International Convention Centre, where IIB members who had passed the IISA examination were honoured. On behalf of the co-sponsors, Botswana Accountancy College Executive Director Ms. Serty Leburu and FMRe General Manager Mr. Bongai Muhau gave speeches at the dinner. Jazz sensation Kearoma Rantao was the musical entertainment for the evening.

Following the official opening address delivered by the Assistant Minister of Investment, Trade & Industry, the following speakers were up; There conference was closed off with a farewell cocktail held at the conference venue, TraveLodge.

THE ELEPHANT IN THE ROOM. This was the theme of a workshop held by the Insurance Institute of Botswana, with an aim to demystify the sometimes problematic Know Your Customer exercise.

Driving forward on its mandate to bring forth adept professionals in the industry, the Institute saw it fit to pool together as many stakeholders and players in the industry to tackle Know Your Customer. Being that it affects most everyone in and around the industry, experts were called in to give a lowdown on it.

Welcoming the delegates who had graced the occassion was the President of the organising body of the workshop, Dziki Nganunu. He explained how it came to be.

Gaone P. Mathumo, a representattive of the Financial Intelligence Agency, whose Act is used as a guideline when undertaking the KYC exercise gave the welcoming remarks. In it she gave an overview on why there is a need for K.Y.C, and the role that F.I.A plays.

Citing the Financial Intelligence Act at certain junctures, Kearabetswe Molefi spoke on the topic "Understanding K.Y.C: Understanding My Role". Building on an outline of what K.Y.C is, as well as its importance and repercussions of non-compliance.

Thatayaone Sesinyi, Director General of the Directorate on Corruption and Economic Crime cleared the air on money laundering, explaining what it is, how it occurs and most importantly how to combat it. He also explained the process of investigating such cases.

From the financial sector, the Chief Risk Officer from First National Bank of Botswana, Lesego Thupayagale was up. Likening the whole process to an orchestra, she illustrated how, only by working together can true harmony be achieved in the exercise. If all the stakeholders can play their part, then the entire process would not be as cumbersome as it currently is.

For the legalities of the matter, Moagi Moloi, an associate from Minchin & Kelly was up to task. He cited organisations set up to deal with money laundering, the Acts that define these and penalities arising thereof.

The delegates were afforded an opportunity to direct any pressing question they had to the speakers in the form of Q&A sessions at the end of each presentation.

Alfred Tembo gave the vote of thanks, giving high praises to the Institute for the good work in organising such an event. The speakers were also thanked, for taking time out to speak. Special thanks were extended to the delegation for attending.

On the 5th & 6th of September, the Insurance Institute of Botswana returned to TraveLodge in Block 3 to host its second annual conference, following the success of its inaugral one.

His Honour the Vice President of the Republic of Botswana Slumber Tsogwane gave the official opening address.
Themed Botswana: Towards A Diversified Economy. Risk Management. Risk Transfer. Investment, an array of speakers were in attendance to speak to it. For the first day, these included;

A gala awards dinner was held on the evening of the 5th at Avani Hotels & Resorts. This dinner was held in honour of the institute members who had written and passed the Insurance Institute of South Africa examinations.

Kushatha Moswela, chairperson of the Botswana Short Term Insurance Underwriters Association gave the closing remarks under from The Insurer's Viewpoint and also delivered the vote of thanks, shortly before giving way to the Farewell Cocktail, bringing the conference to a close.

Every year the ‘Allianz Risk Barometer’ identifies the most important risks for companies for the next 12 months and beyond. For the 2018 edition, more than 1,900 risk experts from 80 countries around the world have been surveyed about what keeps them awake at night. This year’s report highlights the latest trends:
Read More

The Insurance Institute of Botswana (IIB) last week Thursday held a fruitful seminar whose purpose was to pave way for the design of training methods aimed at producing highly skilled insurance professionals.

Official Launch of the Insurance Institute of Botswana

The newly registered Insurance Institute of Botswana is planning to host the insurance event of the year on Friday June 3. The event is in the form of a full day technical seminar and an official launch dinner at Phakalane Golf Estate. 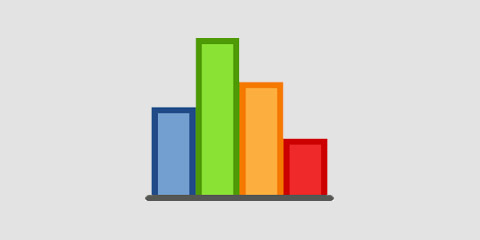 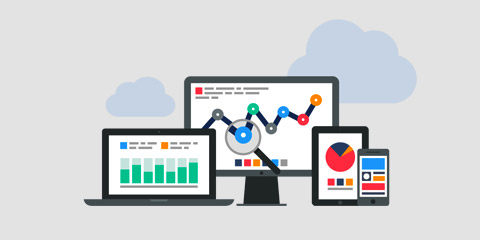 The institute also caters for professional development through the seminars and technical training sessions throughout the year. 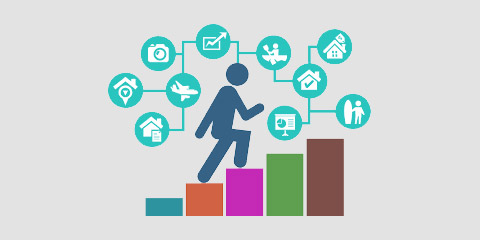 The Insurance Institute of Botswana (IIB) was duly registered as a non-profit association with the Registrar of Society in 2016. The IIB was formed with the following set of objectives